Modern Buildings Can Be Greener

Corporations are always espousing their awareness of climate change and the steps they are taking to right the environment. However, one of the best ways they can lead the battle for the environment is to make green buildings. The construction industry is booming, and corporations can put their money where their mouth is and make a clear statement with their offices and structures.

Integrated monitoring systems can track the number of employees within a room and adjust the cooling and heating. These systems are connected to the various heating and cooling options, heat pumps, and energy-efficient buffer tanks, maintaining optimum temperatures while consuming the least amount of energy. Integrated monitoring systems can also gauge the performance of individual equipment, detecting possible problems, and making maintenance significantly easier.

Making Use of Natural Light

An office can make use of natural light in the mornings and remain cool during the noontime heat. Smart glass windows allow offices to regulate the amount of sunlight coming in and also seal it off when temperatures begin to rise. These windows can alter their properties, switching from clear to opaque as necessary. The smart glass allows a building to have a dynamic layer of insulation that can use the environment outside to absorb heat when it’s cold and reflect heat when it gets hot. 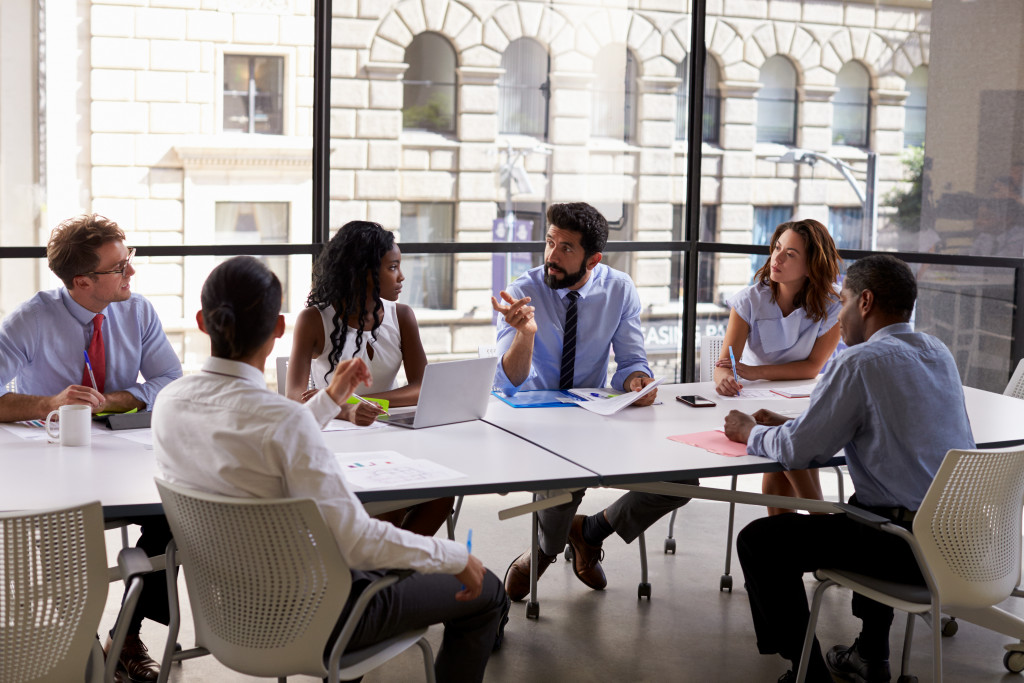 The cost of solar technology has dropped during the past decades. Corporations can now incorporate solar panels into their buildings with a modicum of investment, reducing their reliance on the grid and significantly reducing their power consumption. Solar panels typically pay for themselves in 8-10 years, but the higher consumption of commercial establishments can cut another year or two. Modern solar panels can last for 25-35 years, providing continuous savings to a company while reducing their carbon footprint.

States like Texas, Oklahoma, Arizona, and Kansas are already experiencing varying levels of water shortages. Commercial buildings consume significant amounts of water, most of which can be used for other purposes. Greywater systems can significantly reduce a building’s water consumption by diverting used water for reuse. Water from faucets and showers can be collected and used in flushing, reducing the consumption of clean water for unnecessary purposes. Greywater systems also reduce a building’s water runoff, which can reach waterways and pollute rivers and lakes.

Opting for Green Canopies and Walls

Integrating plants into a building’s structure reduces air pollution in the immediate surroundings by 8-20 percent. Green walls or living walls not only make the air cleaner; they also regulate temperatures within a building as well as its surroundings. Green walls have been known to reduce nearby temperatures by up to 10 degrees (Fahrenheit). The greenery also absorbs a small amount of noise, reducing ambient noise by close to 10 decibels. Green walls require a built-in system to maintain, making them more appropriate for new construction.