Improving Your Regular-sized Home with the Tiny House Philosophy

Imagine this: you’ve settled down. You live in a good home, have the best partner to spend the rest of your life with, have the best home loan rates that don’t gouge you, and a location that’s comfortably far from your work to maintain a good work-life balance. But your house, your domicile where you eat and sleep, is simply uncomfortable. Perhaps you just have too much stuff that it’s suffocating you. Or maybe you’ve been very aware of how much your everyday action impacts the environment that you begin to look at your electricity-fed fridge or gas stove differently. Or maybe you’ve realized you need to save up money if you want to keep this up. You don’t even have to be settled down to feel something like this. Being worried about your current situation is normal, and it’s something everyone, at some point in their life, experiences.

If you want to improve your financial status or a messy house, there’s a new lifestyle movement that might pique your interest: Tiny House Movement.

The name basically says the gist of it: living in a tiny house. While that might sound underwhelming, it has a compelling philosophy that can attract people trying to improve their financial situation and lifestyle. It may sound vague when you put it like that, but it’s actually a healthy mixture of being environmentally friendly while saving money and decluttering your life and living space. And the philosophy behind it isn’t exclusive to tiny house dwellers. If anything, it benefits even those who live in a regular-sized house. Let’s take a look at it, and if you think it’s worth a shot, then, by all means, go for it.

What is it really?

The Tiny House philosophy entails a minimalistic life where you only have things that you need. It sounds too extreme, yes, but it makes you think: how many of the things you own do you really need? You don’t have to go for a bare minimum with your possessions. But in a time where everyone tends to excessively hoard items they don’t even use, it’s a good thought to keep in mind.

An interesting side effect of living minimally is you get to save money: simply don’t purchase things you don’t need. We live in the age of retail therapy, but do we need to buy another thing that promises to make us feel good? Being critical of one’s spending habits ultimately leads to knowing when not to buy, thus making better financial decisions.

And this leads to another thing: living a decluttered life. Those who live in a tiny house tend to have very little and even less to put it in. Tiny house residents utilize multipurpose furniture that maximizes their living space and tidies up their home. This is often overlooked in larger houses; how many large storage closets do we have that are filled with things we barely use? Living with less often means consuming less, and consuming less means leaving a lesser carbon footprint that will hopefully contribute to the survival of nature. 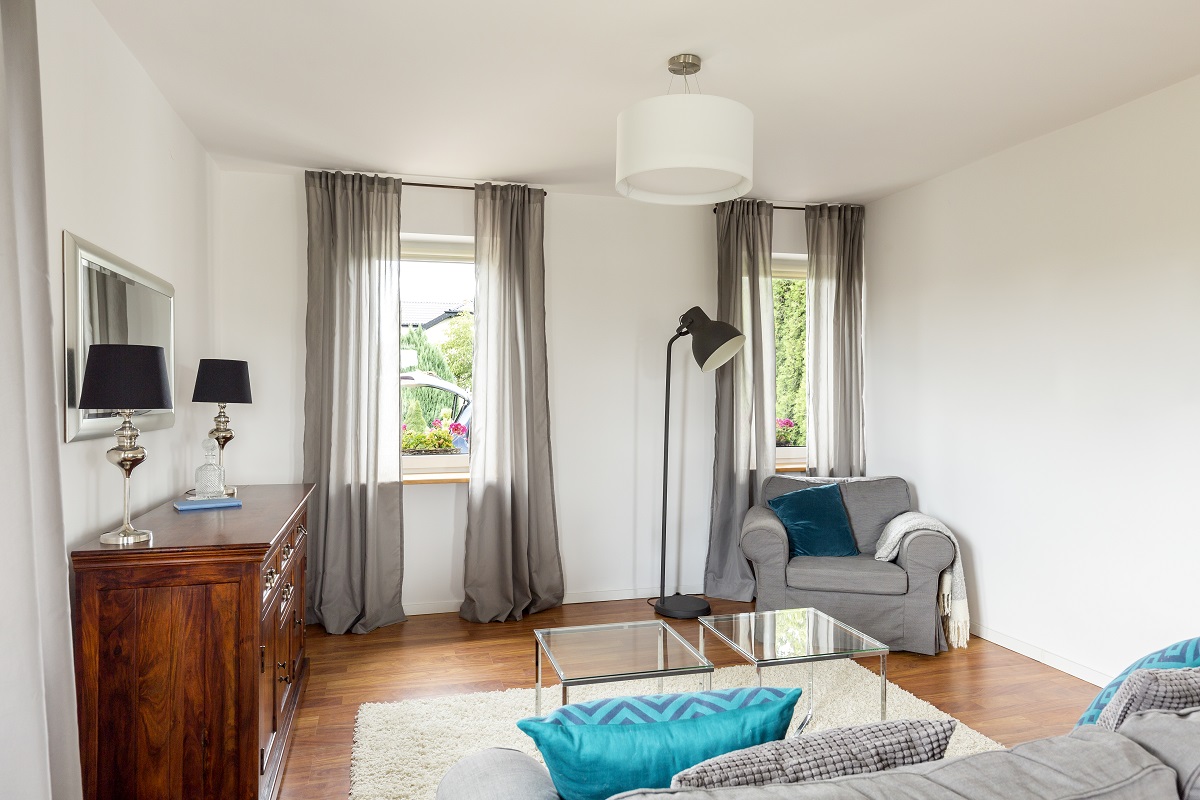 The Tiny House Philosophy in a Regular-sized House

There’s more to learn from the Tiny House philosophy, and a lot can be immediately applied even to regular-sized homes.

Many people barely realize they still have a lot of space in what seems a cramped house. The vertical space that is our walls can be used more than just a divider of rooms. A well-placed shelf can immediately make a room feel bigger and more organized. It’s not the most expensive of upgrades, too. Wood panels and shelf brackets can be very cheap, depending on how they look. With this, walls won’t be just dead space but something multifunctional.

If your fridge isn’t often full, why not consider purchasing a properly-sized one? Do you even need a microwave? And consider your 42-inch TV, won’t a smaller one suffice? Modern appliances and electronic devices are available in multiple sizes; many opt for a large one simply because they’re conditioned to believe that bigger is better. It’s not often the case, as larger appliances don’t only take up more space but also consume more electricity. Try switching your larger appliances for the smaller counterpart. It’ll be both good for your wallet and the environment.

Sell What You Don’t Need

One man’s trash is another man’s treasure, or so the saying goes. It often ends up being true, though, especially with a variety of things we likely own. A book we once enjoyed may have a willing buyer, or a gadget that we don’t often use might be exchanged for cash, or even a couch that’s taking up too much space can be sold. It’s not too difficult to sell either, with many apps focused on selling used goods. When selling what you don’t need, you’re reducing clutter while earning. Is there anything better than that?

The Tiny House experience isn’t for everyone, and that’s OK. To make the leap to something drastically different can be detrimental, especially for those who simply want to live a better life, be it through better finances or a more organized house. However, the lessons found within this philosophy is something that can be applied to even those who live in a regular-sized home.